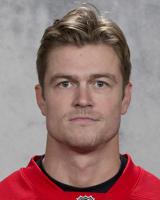 A Jackson, Michigan native, Nightingale played two seasons for the Soo Indians (NAHL) before attending Michigan State, where he was named an assistant captain for his junior and senior seasons.

Professionally, Nightingale had a career that spanned 12 seasons and 13 different teams across the ECHL, and AHL levels, ending in 2017. The defenseman appeared in 493 AHL games, and 231 games in the ECHL, recording a total of 106 points (25g, 81a). In eight of his twelve professional seasons Nightingale was either the team captain or assistant captain.

“I’m grateful for the opportunity to be a part of the Omaha Lancers organization,” said Nightingale. “I’m looking forward to getting the season started.”

Nightingale will be in Omaha when the Lancers open the preseason on September 14 against Sioux City. The Lancers kick off the regular season on October 6 at home against Tri-City.

Single game tickets for both preseason and regular season go on sale September 14 at 10 am.